French 2 students create a cafe through a PBL assignment 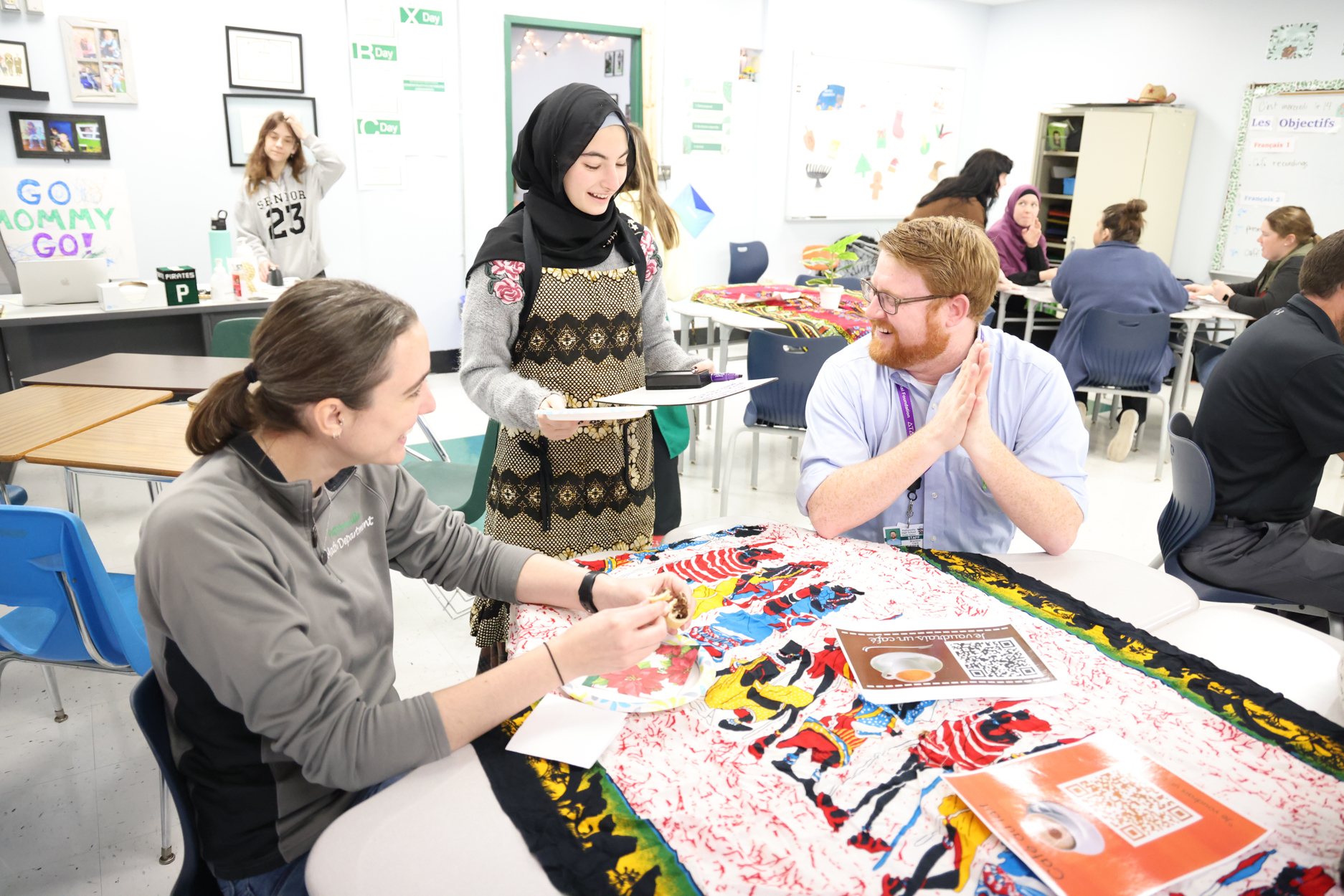 Margaret Hall’s classroom at Pattonville High School became a makeshift cafe through a project based learning assignment with her fifth hour French 2 students.

“Between Thanksgiving and now, my classes got to decide whatever they wanted to study, and this class wanted to learn more about French food and created a cafe.”

Junior Jasey Rosenkoetter works at Starbucks and said opening up a coffee shop came to her immediately.

“Coffee is always on my mind and I thought it would be really fun,” she said. “Teachers and staff have to order in French and we would bring them their drink and food.”

Students came up with a list of menu items to offer guests and created a Google sites website.

“They researched the food and learned the history of it and shared information about it,” Hall said. “They also put together a glossary of French words and shared video skits of them demonstrating what people would need to know to order something.”

Invitations were sent to all staff members that had first and second lunches inviting them to come and enjoy French food and learn how to speak the language.

Freshman Aliya Curry held a whiteboard as she approached each table covered in cloth as cafe music played in the background using the vocabulary they had been studying in class.

“I had to teach a few people how to order because I would ask ‘Vous desirez?’ which means ‘How may I help you?’” she said. “Then they would look at the menu and respond with ‘Je voudrais’ which is ‘I would like.’”

Every student had a job in the cafe whether it was in the kitchen or as a waiter, a host or a busser.

“It was a fun activity to make the language real,” Hall said. “It was also neat to hear some of the adults ordering and knowing they must’ve taken a French class at some point.”

View a photo gallery from the PBL activity here.

Give Us Your Feedback